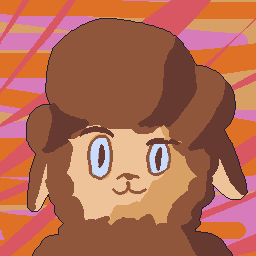 The backend of this website is a small shellscript that converts markdown files and images to html pages.

I tried creating daily shaders during the month of march 2019.

It was going great at first, but after the vacation ended and I needed to go back to school I didn't manage to keep up.

I made it through about 14 or 15 days before calling it quits.

As of 2019 I've started listening to a lot more music while working, and as a consequence I've also been getting into a lot more "extreme" music.

This is definitely one of those "extreme" albums, but I really like it! So I made some visuals for it in about 2 hours, and spent another couple hours trying to actually render the result as a video.

A simple 3D platformer made with unity.

The main goal of this project was to really start learning some gamedev math, so I implemented things like an orbiting camera, inverse kinematics, wall jumping and possibly some other things.

I barely knew any linear algebra at the time so it was pretty tough, but I learned a ton from this project!

After creating the 3D platformer I looked into a rendering technique called raymarching after watching this video: https://www.youtube.com/watch?v=svLzmFuSBhk

This led to what is probably still the most productive period of my entire life, several weeks of consecutive 10+ hour programming days.

Looking back I didn't even get that far into the actual raymarching before delving into other shader teqniques to combine with my raymarching setup, but i still had a blast.

A basic block puzzle game made in java swing (lol)

This was a school project.

My very first 3d video game made in unity, somewhere around early 2017

It's basically a minecraft terrain clone with a vertex shader thrown ontop to make the world look round when you go up far enough.

I don't really have much to say about this project, it was pretty fun and lead me into learning low level graphics programming in OpenGL programming which I am still looking into as of writing this.

I was in charge of creating the game board logic, and pretty much wrote an entire game engine which allowed me to add sexy 60fps animations.

No antialiasing though, because apparently swing doesn't like that.

A very recent project made in just one day.

I wanted to make one of these for about a year but didn't really understand the math behind it, it felt pretty good to actually implement the thing with relative ease now that I had taugh myself some more maths 😉